All aboard for a once-in-a-lifetime adventure: The Broadmoor Manitou and Pikes Peak Cog Railway has pulled into the station! 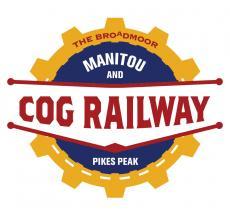 By: The Broadmoor Manitou and Pikes Peak Cog Railway

Over the past few years, this one-of-a-kind attraction has gotten a full makeover. Get excited for swanky updates, brand-new trains and rails, and fabulous, high-altitude facilities

And while the iconic Pikes Peak train has seen a lot of changes, one thing has stayed the same: A trip on the Cog Railway will leave you with memories that last forever. Here’s a sampling of the wonder and amazement in store when you take a ride on The Broadmoor Manitou and Pikes Peak Cog Railway.

A ride on the Pikes Peak train is more than a mode of getting from point A to point B: It's a journey filled with wonder, not to mention bragging rights and one-and-only encounters. If you like train trivia, get ready for some mind-blowing facts.

The Cog Railway enchantment begins when you claim your seat in one of the cardinal-red cars. All the existing trains have undergone significant enhancements (think comfortable new seats and floors, upgraded sound systems and converted axles). Three of the trains are brand new and came to Colorado from Switzerland. That's right — the Swiss company Stadler is the only manufacturer in the world that makes the equipment needed for The Broadmoor Manitou and Pikes Peak Cog Railway. After all, this isn't any ordinary train: It's one of two cog railways in the country and approximately 40 across the globe.

Adding to the Cog Railway's charms is the fact that it's the highest altitude train of its kind — chugging to the summit at 14,115 feet — and it's set on one of the most-visited mountains in the world. (Pikes Peak, aka "America's Mountain," of course.)

For a double dose of extraordinary, hike the 13-mile Barr Trail to the top of Pikes Peak, where the cozy cars will be waiting to carry you back down, giving your legs a much-needed rest. Or, book a Cog Up/Bike Down trip to take the train to the summit. From there, you'll clip in and wind down Pikes Peak Highway through almost 20 miles of exhilarating curves and unparalleled mountain views.

As you can see, we weren't kidding when we said this was a once-in-a-lifetime experience!

The Pikes Peak train trivia doesn't stop there. As you ride to the top, your conductor will captivate you with tales and the history of the Cog Railway and Pikes Peak. For instance, you might learn about the Utes, who called the mountain "Sun Mountain Sitting Big." Or, maybe you'll hear stories of Zalmon Simmons — the founder of Simmons Beautyrest Mattress Company and, perhaps more importantly, the person who brought The Broadmoor Manitou & Pikes Peak Cog Railway to life in the 1890s.

One of the most famous legends you'll hear is that of Katharine Lee Bates. She was so moved by the magnificence of her Pikes Peak visit that she penned the song "America the Beautiful." Your conductor might even treat you to a verse if you're lucky. And once you ride the brand-new rails to the summit, glimpsing purple mountain majesties and amber waves of grain for yourself, you'll understand the magic behind the song and the Pikes Peak Cog Railway like never before.

The 9-mile journey to the summit winds through an abundance of fascinating landscapes and wildlife. You'll chug through juniper bushes laden with dusty-blue berries to a massive aspen grove — incredibly gorgeous in fall — where you might spot bugling elk or brown bears.

The route passes through evergreen forests populated with ponderosa pine, blue spruce and 2,000-year-old bristlecone pines. As you go, you'll revel in waterfall sightings, the unique craggy texture of canyons, and distant peeks of expansive prairie dotted with wildflowers.

At about 6 miles and 5,500 feet up, the train breaks through treeline and traverses the alpine tundra, which is speckled with tiny blooms and colorful lichen. Keep an eye out for our state mammal here: One of Colorado's largest herds of bighorn sheep live on Pikes Peak. You might even hear the soft whistling of a yellow-bellied marmot at the summit, where you'll be treated to 360-degree views of snow-blanketed mountain ranges (including the Continental Divide), golden plains, historic mining ruins and more. On the clearest days, you can see five different states from the top of Pikes Peak!

You burn more calories at higher altitudes, so pack some extra fuel for your adventure. The Manitou Depot — where you board the Pikes Peak Cog Railway — has you covered with various snack options to get you up the mountain.

Once you arrive at the new Summit Visitor Center, you'll find even more dining options, including their deliciously famous high-altitude doughnuts. These are the only doughnuts in the world made above 14,000 feet, so make sure to munch a few while you explore the peak.

Other novel additions at the Summit Visitor Center — many of which embrace Colorado values like sustainability and environmental stewardship — are sure to delight, too. Stroll the new boardwalk to soak up the views and learn fun facts about the plants and animals you saw on the ride up at The Nature Gallery. Or, download the Pikes Peak Summit Experience app to test your summit smarts: As you pass certain points, called "reader rails," you can answer questions that unlock digital prizes.

Here are some things to know before you go so that you can enjoy your experience on The Broadmoor Manitou and Pikes Peak Cog Railway to the fullest.

11 Most Instagrammable Places in Colorado

Beyond the National Western Stock Show: Rodeos in Colorado