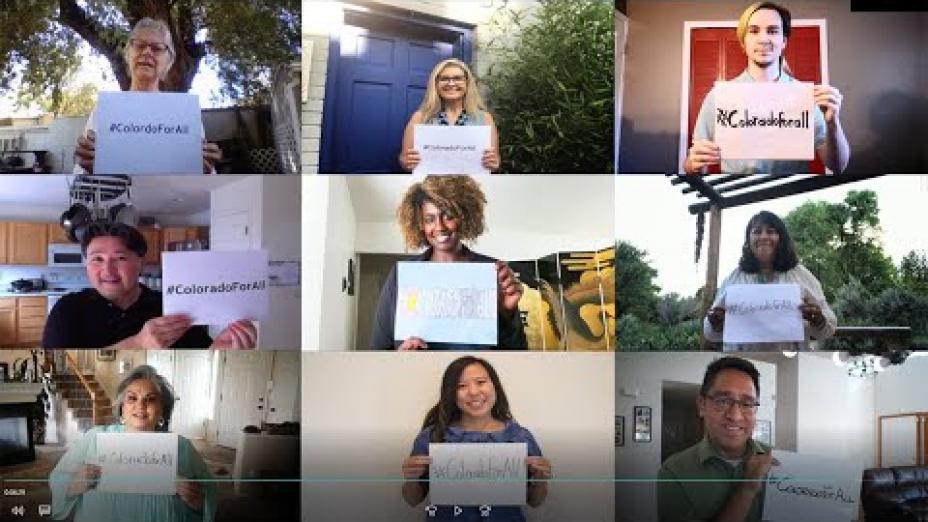 The Colorado Tourism Office has convened the Inclusivity in Travel Advisory Group to consider ways that Colorado can share a warmer welcome for all travelers, regardless of race or ethnicity, sexual orientation or ability.

This group of nearly 30 tourism leaders is chaired by two members of the Colorado Tourism Board, Wanda James of Denver and Laura Valdez of Fort Collins. Destination D.C. CEO Elliott Ferguson, who as chair of the U.S. Travel Association Board of Directors has been leading a national conversation about equity in the travel industry, is serving as honorary chair.

Through two facilitated three-hour sessions, this advisory group has been challenged to identify barriers to attracting more diverse audiences of travelers and recommend strategies for breaking those barriers down. Recommendations are expected to be shared with the Colorado tourism industry in February.

See below for the group's charter for action, a full list of members, a glossary of preferred terms and CTO research showing breakouts of Colorado travelers by race and ethnicity. You're welcome to view a recording of Session One, held on Dec. 17, 2020; and Session Two, held on Feb. 26, 2021.

A Charter for Action

To provide the Colorado Tourism Office (CTO) with recommendations to develop and promote travel experiences centering on the interests and preferences of diverse travel audiences and to identify strategies creating and supporting a welcoming and safe environment for diverse travelers, in keeping with Governor Polis’ goal of promoting equity, diversity and inclusion throughout Colorado.

Ableism: Attitudes (conscious or unconscious) that devalue or limit the potential of persons based on differences in physical, mental, and/or emotional ability or disability.

Ally: A person of one social identity group who stands up in support of members of another (often under-represented) group.  An Accomplice/Co-Conspirator is an Ally who moves beyond language and emotion to take action, in solidarity with the other group.

Antiracism: In contrast to being passively “not racist,” (like being “neutrally colorblind,”) an Antiracist takes action to support policies/ideas that counter the production and normalization of racial inequalities (Prof. Ibram X. Kendi, 2019).

Cisgender: A person whose gender identity or expression align with those typically associated with their assigned sex at birth.

Diversity: Valued differences. For purposes of this CTO project, Diversity includes different races and ethnicities, LGBTQ, and people with disabilities.

Equity: Developing a fair system for providing a wide range of opportunities.

Inclusion: A foundational mindset and set of behaviors supporting a welcoming culture.  Balances a desire to belong with a desire to be unique (Prof. Stefanie K. Johnson, 2020).

Intersectionality: Lens for seeing how various forms of inequality operate and exacerbate each other, not just as a sum of the parts (Prof. Kimberlé Crenshaw, 1989), e.g., Black Woman.

Microaggression: An intentional or unintentional slight that communicates negative or diminishing messages; often based on stereotypes that assume characteristics of an identity group.

Race: A social construct of categories of peoples. As only one example, the U.S. Census defines White, Hispanic or Latino (or Latina/x); Black or African American, American Indian or Alaska Native (or Indigenous), Asian, and Native Hawaiian or Other Pacific Islander.

Tokenism: Presence on a superficial level, without meaningful participation.

Unconscious/Implicit Bias: A mental association or pairing, stored without awareness as a socialized, informational shortcut; often based on stereotypes of identity groups.