A former burro trail, the now-paved Guanella Pass byway climbs to timberline, taking in spectacular views of Mount Bierstadt, Mount Evans and the alpine tundra before descending into cool groves of aspen and pine that light up with brilliant golden hues come autumn. 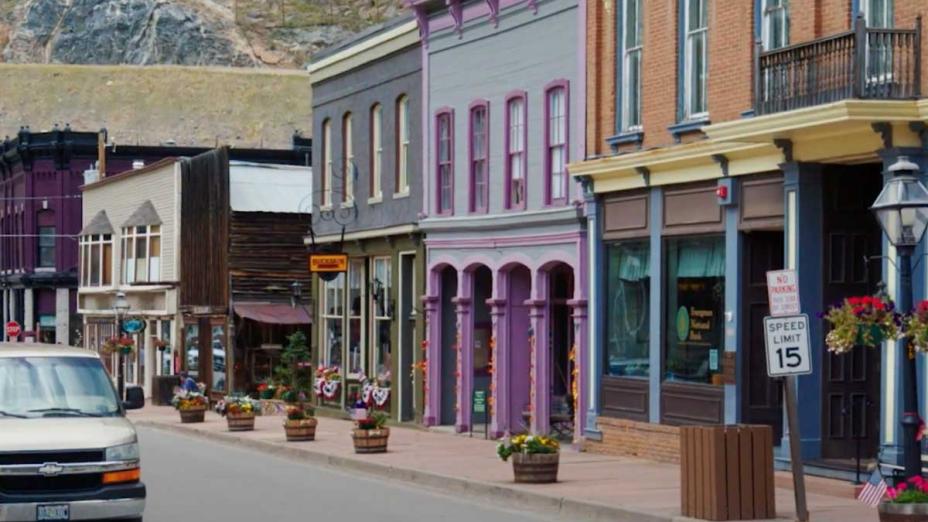 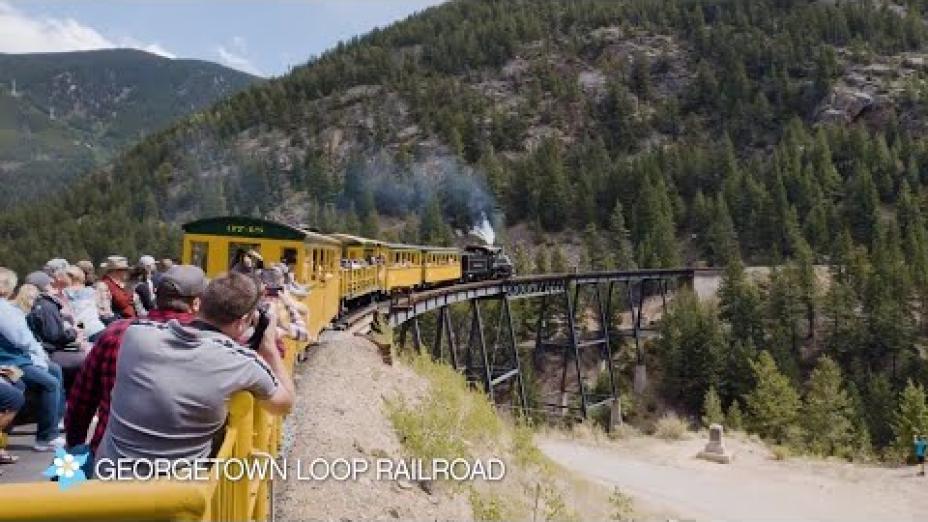 A former burro trail, the now-paved Guanella Pass byway climbs to timberline, taking in spectacular views of Mount Bierstadt, Mount Evans and the alpine tundra before descending into cool groves of aspen and pine that light up with brilliant golden hues come autumn. Have your camera ready — wildlife is plentiful throughout the area, with bighorn sheep, mountain goats, golden eagles and the occasional beaver making frequent appearances.

The area around the byway was once used for logging and mining, and one of Colorado’s earliest silver rushes was in Georgetown, where you’ll begin your trip. Along with Silver Plume just up the road, the pair are two of the state’s best-preserved Victorian towns and together they form the Georgetown-Silver Plume National Historic Landmark District, which you can learn more about at Georgetown’s Gateway Visitor Center through interpretive displays and films.

One of the town’s must-sees is the Hotel de Paris Museum, which paints a vivid portrait of the luxury that the silver boom afforded and chronicles the dramatic life story of the former hotel’s founder.

The centerpiece of Georgetown's historic district is the charming Hamill House Museum. As a meticulously preserved example of late-1800s residential living, the house offers an extraordinary opportunity to see the architectural styles, furnishings and landscaping techniques of the day. As part of an expansion to the house in 1879, a magnificent conservatory was added. Step inside the spacious greenhouse and be captivated by the splendor of the indoor garden.

Fight over slices of hand-tossed pizza at The Alpine Restaurant & Bar, although the mozzarella-stuffed strombolis might steal the show. To truly savor local flavor, try a pint from Guanella Pass Brewery, located just a few minutes away. Afterward, pop into nearby Shoppe Internationale to marvel over Scandinavian souvenirs, local crafts and a wide array of holiday ornaments. Or, make a quick jaunt over to Silver Plume to sip a cocktail at Bread Bar (open Friday through Sunday), housed in an 1890s bakery or enjoy a coffee at Plume Coffee Bar.

Also enriching visitors’ knowledge of the past is the Georgetown Energy Museum, a fully functioning hydroelectrical plant since 1900. Not only does it generate the area’s electricity, the museum portion discusses the challenges of providing power and information on the sheer force of the tamed water originating in the nearby Georgetown Reservoir.

Speaking of engineering marvels, the Georgetown Loop Railroad powers passengers along a narrow-gauge track through coniferous forest, crossing the 93-foot Devil’s Gate High Bridge over Clear Creek en route to Silver Plume. The ride offers vistas of the Rocky Mountains that provide postcard-worthy shots even for the novice photographer. You’re also given the option of disembarking for a tour of Lebanon Silver Mine. Don a hardhat for the guided trek through 500 feet of one of Colorado’s legendary minds — just don’t forget a jacket, as the temperatures can get quite cool.

Back in Georgetown, depart south on Guanella Pass Road to begin the climb up toward the eponymous 11,669-foot mountain pass. The drive will be especially splendid in September and October, as changing leaves light up the path. Numerous campgrounds and trails are accessible off the byway and summit, including a 3-mile hike to the top of Mount Bierstadt, one of the state’s most-popular fourteeners.

Before the top of the pass though, you can turn off to the Silver Dale Interpretive Site area, which features a protected district of the former townsite and several trails. Wind through scenic aspen forest and among waterfalls to see the remains of the Colorado Central Mill. You can also drive a few minutes further up the byway to another sign for Silver Dale, where you’ll find remnants of a building that's also part of the ghost town.

As you descend from the pass southward, you’ll encounter even more stunning fall foliage until you reach the small town of Grant, which is surrounded by more campsites in the Pike National Forest and rustic lodges. 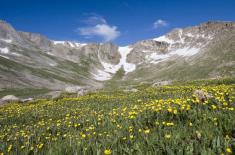 Starting in Idaho Springs to the east, travel the highest paved road in North America to the peak’s summit. 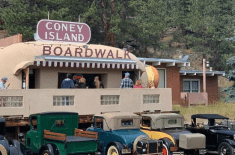 From Grant, head east on Highway 285 to Bailey, home to the hot-dog-shaped Coney Island Boardwalk roadside fast-food joint and a stay at Glen Isle Resort, listed in the National Register of Historic Places. 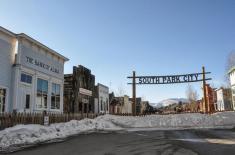 Southwest of the byway over Guanella Pass, this high-mountain valley is rich in frontier history and scenic beauty.