The Santa Fe Trail between Missouri and Santa Fe, in what was once Mexico, ran through the southeast corner of Colorado. 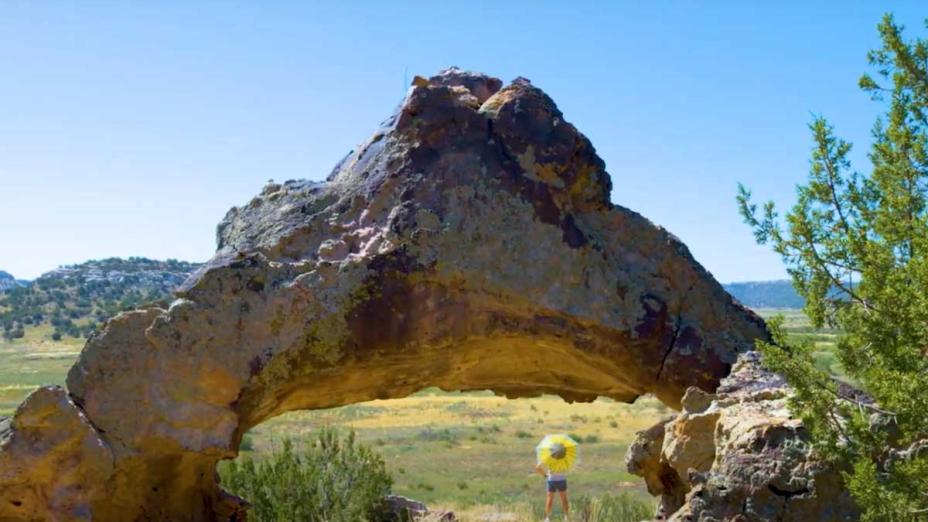 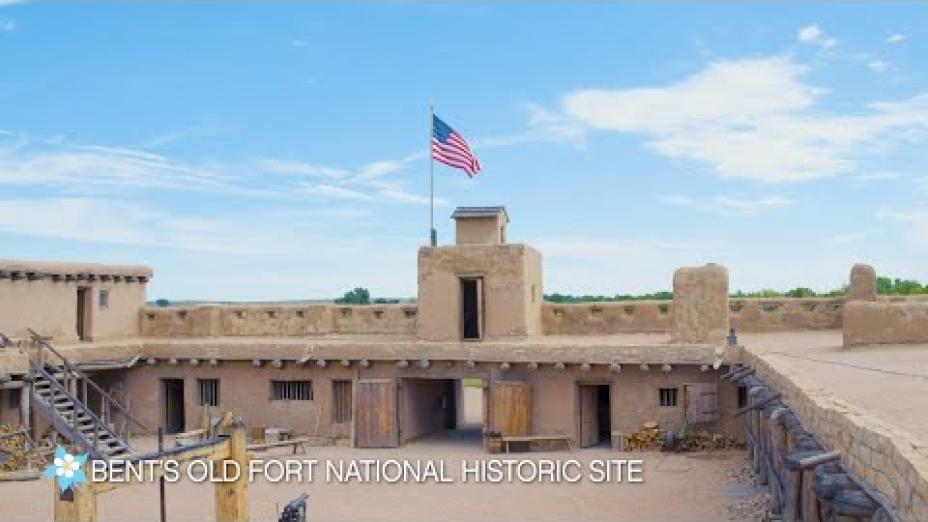 The Santa Fe Trail between Missouri and Santa Fe, in what was once Mexico, ran through the southeast corner of Colorado. This reliable route was traversed by a bevy of fortune-seeking individuals, including "Wild" Bill Hickok, frontiersman Kit Carson, Jedediah Smith and explorer Zebulon Pike. Today, you can explore the path once taken by these folk heroes.

Start in Lamar at its Colorado Welcome Center, then explore town history with visits to Lamar Theatre, a beautiful 1946 art-deco building, and Big Timbers Museum, which houses a World War I poster collection. Shore Arts Center warrants a stop for its performing-arts programming and gallery.

Next, learn about controversial American history with a detour to Amache National Historic Site east of Lamar and Sand Creek Massacre National Historic Site to the north. Amache is the former site of a World War II internment camp known as Camp Amache or the Granada Relocation Center, which housed more than 7,000 Japanese people, most of whom were American citizens at the time. The Sand Creek Massacre site memorializes another atrocity, where U.S. volunteer soldiers viciously attacked a village of Cheyenne and Arapaho Indians in 1864, resulting in 230 American Indian deaths — mostly women, children and the elderly.

Back on the byway (now U.S. 50 heading west), you’ll pass through Las Animas and by John Martin Reservoir State Park, the second-largest body of water in Colorado. Two rare birds — the piping plover and the interior least tern — can be spotted along the lakeshore in summer. It’s also an official stop on the Plover Trail, part of the network of Colorado Birding Trails. Camping and picnic grounds are available in the state park. Plan a stop at Boggsville Historic Site, a restored mid-19th-century settlement remembered as an early Colorado agriculture and trade center.

For another worthy detour, hop off the byway in La Junta and follow signs to Bent’s Old Fort National Historic Site. Founded in 1833 by brothers William and Charles Bent and their partner, Ceran St. Vrain, this reconstructed fort was a trading post strategically located between fur trappers in the Rockies, traders on their way to Santa Fe, and Cheyenne, Arapaho and Kiowa Indians who hunted in the area. La Junta, an Official Colorado Main Street Community, is also home to the Koshare Museum, opened in 1949 by a group of Boy Scouts inspired by American Indian culture.

As you head southwest on U.S. 350 through Comanche National Grassland, look closely and you’ll see this area is full of life. Falcons and hawks search for prey, songbirds flit from the grasses and antelope graze in the meadows. In late summer, the roadside is inundated with sunflowers.

End your tour in Trinidad, a small city with a quaint Victorian downtown. It’s recognized as another Official Colorado Main Street Community and for its historic El Corazón de Trinidad Creative District replete with local artists, artisans and galleries. Stop by the historic Baca House, a grand adobe house that Felipe and Dolores Baca acquired for 22,000 pounds of wool in 1873. On the same site, you can visit Bloom Mansion, another historic home that's part of the Trinidad History Museum, and the Santa Fe Trail Museum, which displays family heirlooms and commercial goods of the time.

Ready for more? Extend your trip by driving south 20 minutes along I-25 to Raton Pass, located at the Colorado-New Mexico border. Cutting through the Sangre de Cristo mountains, this Santa Fe Trail segment is both scenic and challenging to travelers of yore. 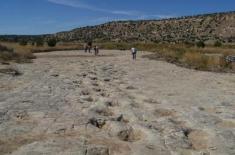 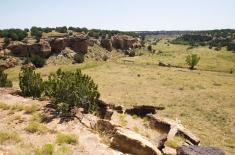 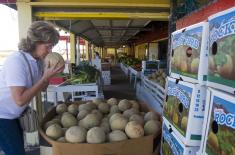 From La Junta, drive 15 minutes northwest to Colorado’s Home of the World’s Biggest Melons. Find a fruity snack from a roadside stand if you’re traveling through in August and September.