The area covered by the Frontier Pathways byway is heavily steeped in Colorado history. The land near Pueblo holds great importance to past inhabitants such as fur traders and trappers who made a living in the Rocky Mountain foothills, Ute Indians who made their homes in the region and Spanish conquistadors who explored the territory in search of precious minerals.

Try a green-chile slopper — a burger smothered in homemade green chile — in Pueblo.

Though the byway is stunning any time of year, the fall foliage is extra spectacular, with trees turning from bright green to vibrant oranges, reds and golds.

This byway only requires 2WD drive, making for a manageable journey.

Begin in Pueblo, where the high plains greet you, while sporadically situated buttes intermingle with vast flatlands around them. Union Avenue Historic District beckons with 83 buildings listed in the National Register of Historic Places. Many of Pueblo’s most-significant sites are in this area. Start your history lesson at the El Pueblo History Museum, which documents the life of a mid-19th-century trading post.

Stroll down Victoria Avenue to the Pueblo Riverwalk to see sculptures and enjoy a nice jaunt around the Arkansas River. Then visit the Pueblo Railway Museum, where you can walk among the parked trains and learn about the history of railroad in the state before heading to the Steelworks Center of the West. Located off I-25, this museum tells the story of the former Colorado Fuel & Iron Company, and the building is on Colorado Preservation, Inc.’s most-endangered places list.

See a performance or check out the exhibits at the Sangre de Cristo Arts Center, a must-do for art lovers. Then head into Pueblo’s Creative Corridor where art, music and dance come alive in galleries, museums, cafes and other venues. Before getting on the road, dine on some prized Pueblo green chiles, which you’ll find incorporated into dishes on menus throughout the city.

On Highway 96 west you’ll skirt around the south side of Lake Pueblo State Park — a local favorite, complete with 4,646 acres of water.

Next is a short and scenic 25-mile drive to Wetmore, which stands as an unofficial marker separating the western reaches of the Great Plains from the edge of the Rocky Mountains.

As you ramble along the drive, you will enter the San Isabel National Forest where the peaks of the Sangre de Cristo Mountains are noticeably closer. You can stop in the forest for a hike or view some of Colorado’s famous fourteeners up close.

Continue west along Highway 96 for 15 miles to the small sister towns of Silver Cliff and Westcliffe. The downtowns of both have been designated International Dark-Sky Communities, meaning they are particularly good for stargazing due to their lack of light pollution. During the day, these two places have charming main streets that are prime for exploration. Snap some photos of the original town hall and fire station in Silver Cliff and the Historic Jones Theater in Westcliffe.

Backtrack to the turnoff of Highway 165 south to pass through more of the San Isabel National Forest and Lake Isabel, which is perfect for a picnic with its scenic forest views.

From here, you won’t be able to resist a stop at the oddly interesting, modern-day sculpture that is Bishop Castle in Rye. The owner has been constructing this soaring statue — it comes in at 160 feet tall — for nearly 60 years and includes features like a fire-breathing dragon.

If you want to set up camp and appreciate the area a bit longer, this section of the byway is ideal. Davenport Campground is the spot if you’re up for tent camping. Set along Squirrel Creek, the few shelter buildings and picnic tables evoke the original 1920s design — it was one of the first Forest Service campgrounds in the U.S.

The Cuerno Verde Rest Area and Information Center in the small town of Colorado City is a good place to get out, stretch your legs after your drive and take in ranching and mountain views all in one spot. Colorado City is also the southern anchor for the byway. Spend your time here fishing on Lake Beckwith or pitching your tent at the Greenhorn Meadows Park Campground. 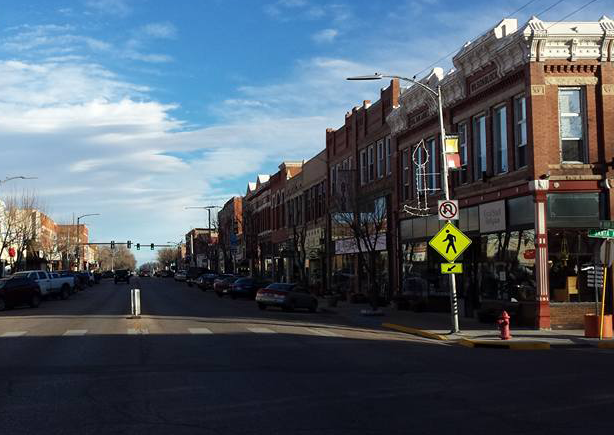 Northwest of Pueblo lies the adorable antiquing town of Florence — stop in and buy too much to take home in your carry-on. 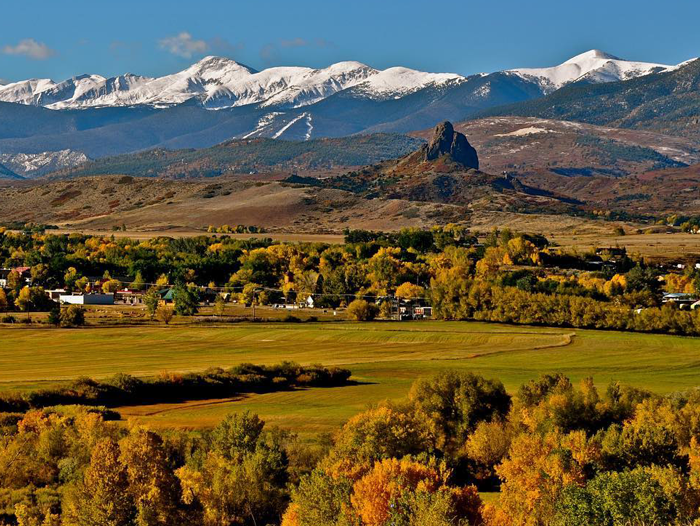 Less than two hours south of Colorado City are the Spanish Peaks, two of the most famous in Colorado. 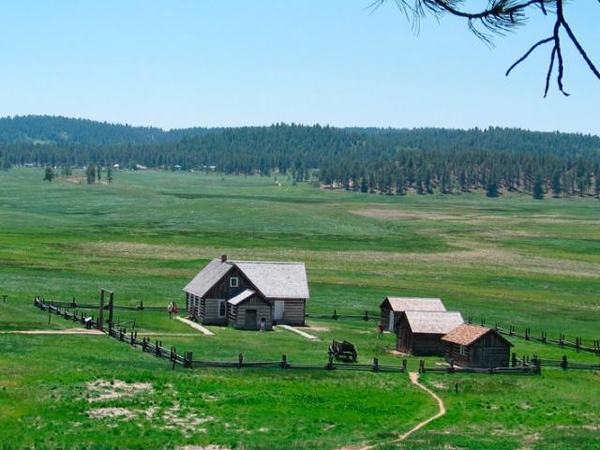 Link up with the Gold Belt Tour to explore the area of the state’s largest gold rush around the towns of Cripple Creek and Victor. 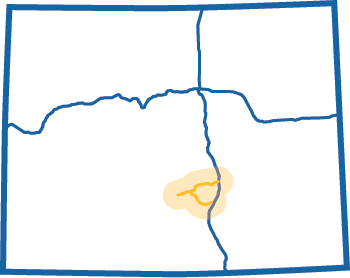